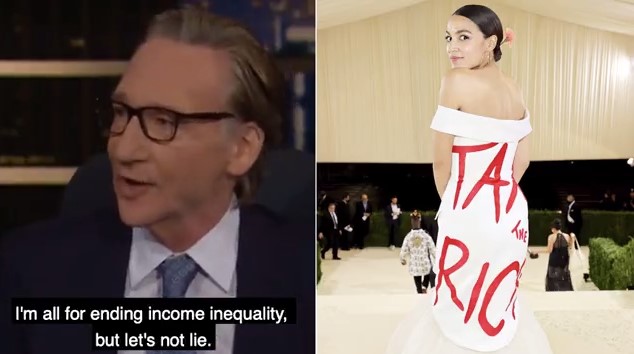 ‘The Rich Pay A Lot Of The Taxes’

Bill Maher joined in on the criticism of Congresswoman Alexandria Ocasio-Cortez’s ‘Tax the Rich’ dress she wore to the Met Gala on Monday.

The late night host took aim at the Democratic representative citing that ‘the richest 65,000 New Yorkers out of eight million people pay 51 percent of taxes.’