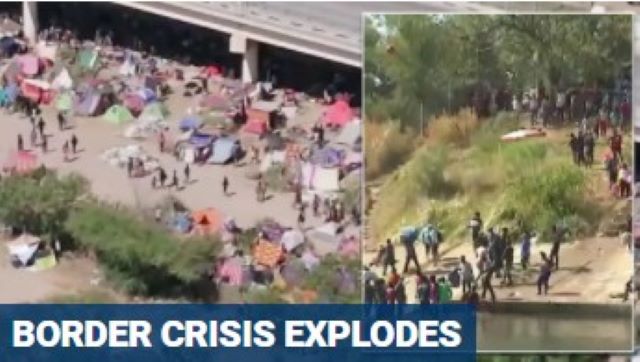 There are now approximately 14,000 migrants gathered near the bridge in Del Rio, Texas

The Biden administration on Saturday announced it is ramping up deportation flights to Haiti as officials scramble to get a grip on a rapidly escalating situation in Del Rio, Texas — where more than 14,000 migrants have surged to the area and have gathered under a nearby bridge as they look to enter the United States.

The situation, captured in images by Fox News that show thousands of migrants predominantly from Haiti gathered under the International Bridge, has caught officials off guard as numbers surged from 4,000 to 14,000 in a matter of days and sparked a fresh border crisis for the administration.