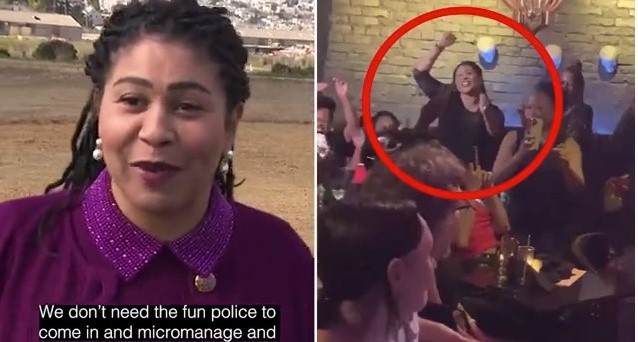 ‘We Don’t Need The Fun Police To Micromanage Us’

San Francisco Mayor London Breed defended herself having a good time at a nightclub where she was seen dancing without a face mask by saying ‘we don’t need the fun police to micromanage us’ despite her new strict city mandates.

Breed was spotted partying at the Black Cat Nightclub without a face mask despite mandating in August that all people – whether they are vaccinated or not – need to wear one indoors when they are not actively eating or drinking.