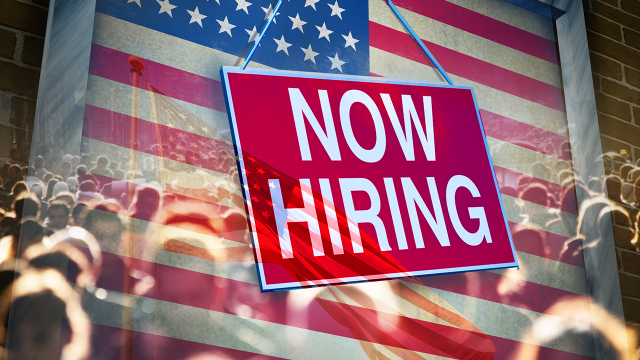 The number of job openings in the U.S. slipped off a record high in August as the quits rate increased to a record high.

The total number of job openings fell by 659,000 to a seasonally adjusted 10.439 million at the end of August, according to the Labor Department’s Job Opening and Labor Turnover Survey, or JOLTS. The July reading was revised higher by 164,000 to 11.098 million.