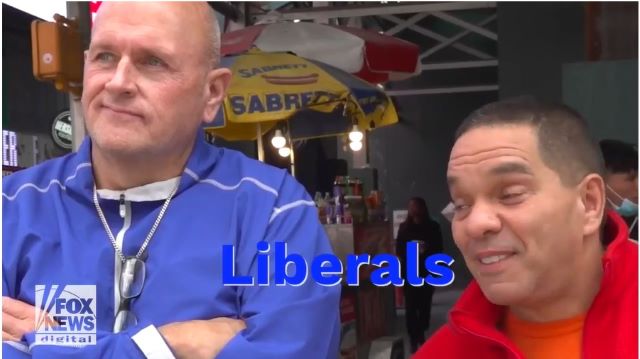 New York City residents who spoke with Fox News sounded the alarm on the city’s crime problem, with one equating the Big Apple to “the wild, wild West.”

“The city has regressed the past eight years under the mayor,” Gabriel, a lifelong New Yorker who works near Times Square, told Fox News in an interview.

“Crime in the subways, old women getting robbed … homicide going up, people getting shot, shootings are up, killings are up, and he’s aloof – he’s walking in Prospect Park, enjoying his daily stroll or going to YMCA,” he continued, referring to Mayor Bill de Blasio.

In this article:Big Apple, Crime in the subways, enjoying his daily stroll or going to YMCA, he’s aloof, he's walking in Prospect Park, homicide going up, killings are up, Liberals are killing this city, Mayor Bill de Blasio, New York City, New Yorkers, New Yorkers Sound The Alarm On Crime Rates, old women getting robbed, people getting shot, shootings are up, The city has regressed the past eight years under the mayor, Times Square, Wild West