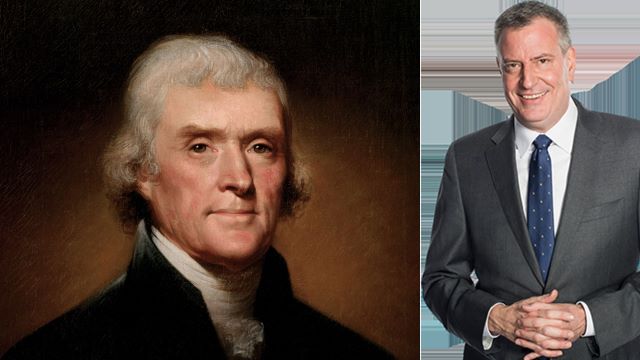 New York City Mayor Bill de Blasio is removing a statue of Thomas Jefferson, the third president of the United States and a Founding Father, from City Hall after nearly two centuries.

New York City’s Public Design Commission, each member of which is appointed by the mayor, is planning to loan the Jefferson statue to the New York Historical Society. The commission has listed the statue’s loan under its “consent” agenda, meaning the decision to remove the statue will not be open for public debate, according to the New York Post.