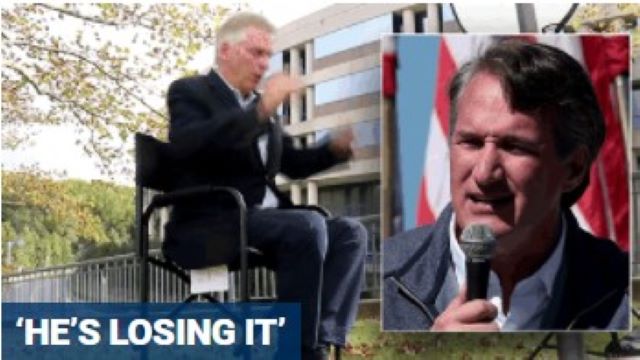 Youngkin says on ‘Fox & Friends’ he believes race is ‘slipping away’ from McAuliffe.

Virginia Republican gubernatorial candidate Glenn Youngkin took aim at former Gov. Terry McAuliffe, who abruptly ended an interview and scolded a reporter. Youngkin said the former governor is “losing it,” pointing to another heated exchange in recent weeks between McAuliffe and local police.

McAuliffe has taken criticism for his rebuke of the reporter, in which he told him “you should have asked better questions,” after cutting the interview short on Tuesday.