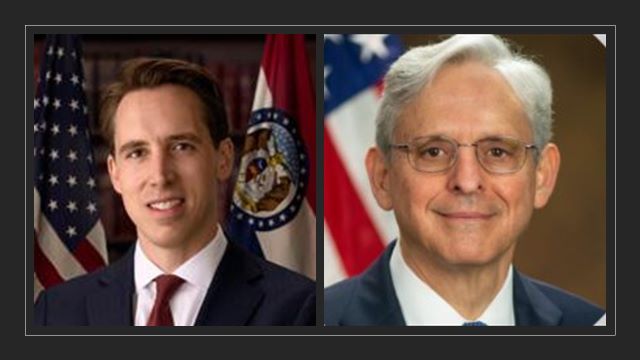 Republican Sen. Josh Hawley of Missouri is calling for Attorney General Merrick Garland to resign after Garland “mobilized the FBI to intimidate parents without legal basis.” Hawley argues Garland’s actions were a “dangerous abuse of authority.”

Hawley’s remarks came shortly after the National School Board Association issued an apology memo to its members Friday night and claimed “there was no justification for some of the language included in the letter.”

In this article:AG Garland, Attorney General Merrick Garland, dangerous abuse of authority, Garland, Hawley, Hawley Calls For AG Garland To Resign, instructed the FBI to take the lead on a task force to address threats, Josh Hawley, Merrick Garland, Mobilized The FBI To Intimidate Parents, Mobilized The FBI To Intimidate Parents Without Legal Basis, National School Board Association, no justification for some of the language included in the letter, Sen. Josh Hawley