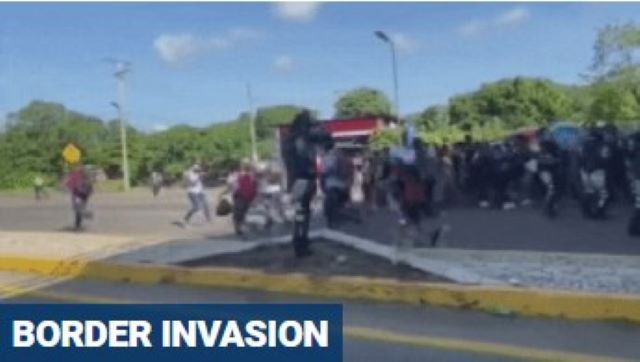 There were more than 192,000 migrant encounters in September alone

A massive and organized migrant caravan is on its way from southern Mexico toward the U.S., and has already surged past a blockade by Mexican forces attempting to stop it from getting to the U.S.-Mexico border.

Organizers tell Fox News that there are more than 2,000 migrants in the caravan, setting off from Tapachula, Mexico – some carrying American flags and signs with President Biden’s name. Tapachula is in the south of the country on the border with Guatemala.