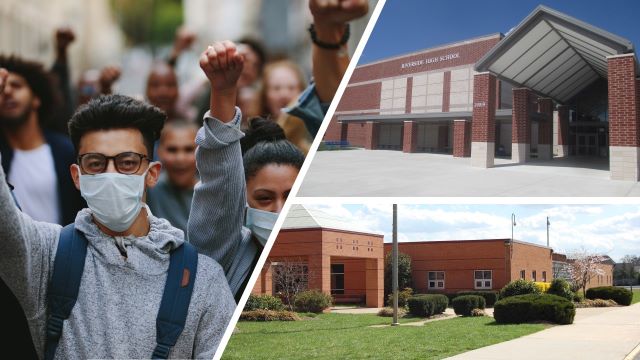 Broad Run High School, where the walkout took place, is the high school where an alleged attacker was transferred after he was charged with inappropriately touching a female student, Drew Wilder of NBC Washington reported. The teen was initially a student at Stone Bridge High School. A similar walkout took place at Riverside High School, also in the Loudoun County Public School district.