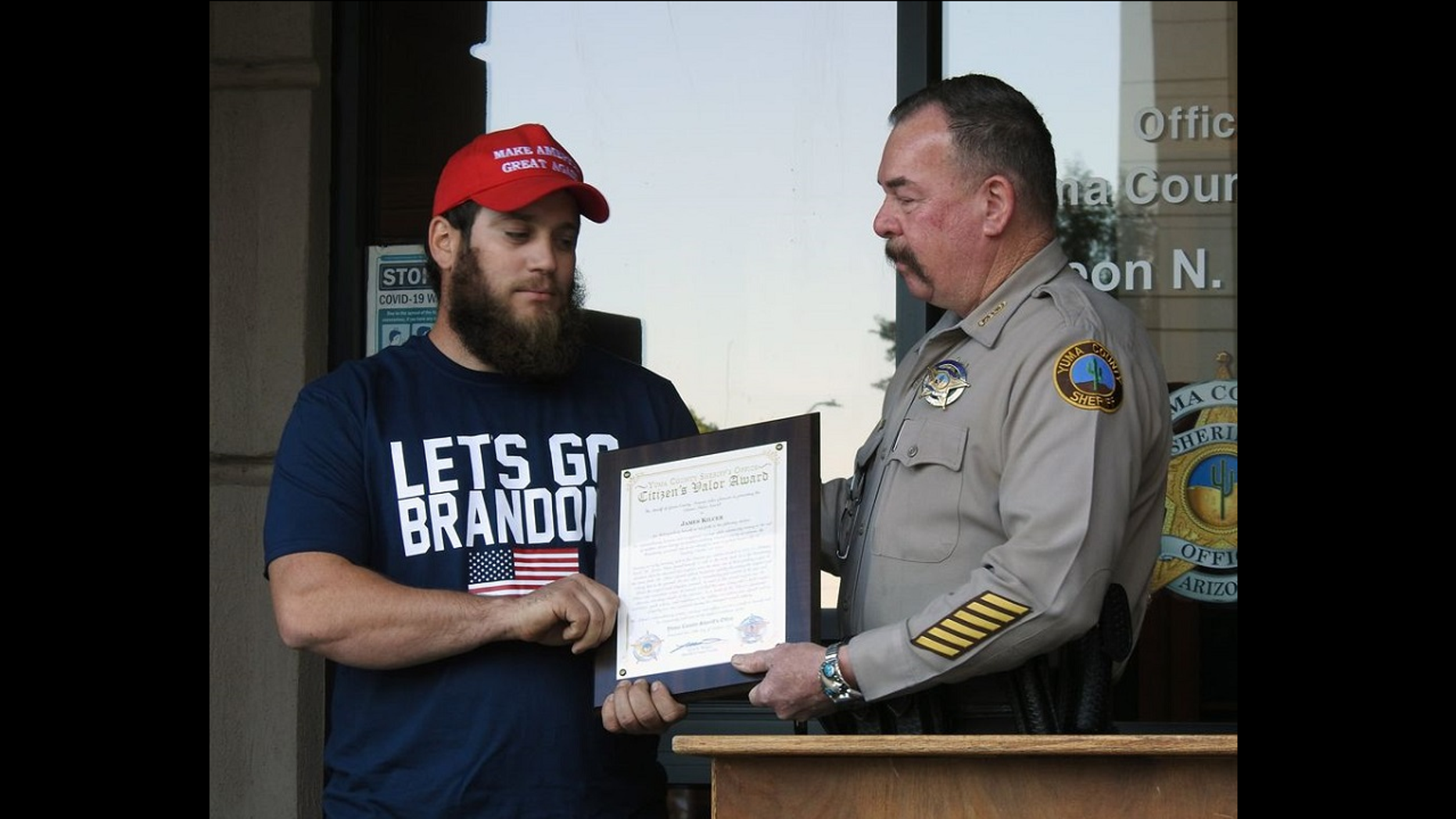 The U.S. Marine Corps veteran seen on video stopping an attempted robbery at an Arizona convenience store has accepted an award from the Yuma County Sheriff’s Office for this “extraordinary heroism and exceptional courage” wearing a “Let’s go Brandon” T-shirt.

James Kilcer was presented with the Citizen’s Valor Award on Tuesday following the Oct. 20 incident.

Sheriff Leon Wilmot gave Kilcer the award – which his office describes as the “highest award for citizens whose actions warrant recognition” – for Kilcer’s “extraordinary heroism and exceptional courage while voluntarily coming to the aid of another citizen during an incident involving criminal activity at extreme, life threatening, personal risk in an attempt to save or protect human life.”