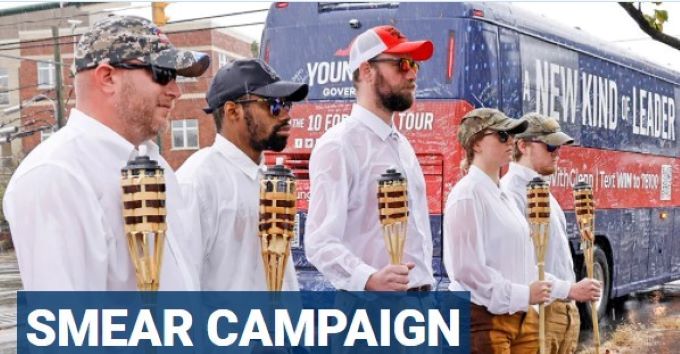 The disgraced anti-Trump group The Lincoln Project is facing intense backlash for orchestrating the viral hoax involving tiki torch-holding individuals associating themselves with the Youngkin campaign.