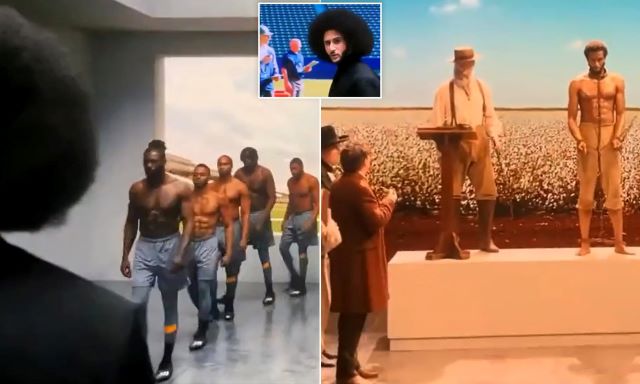 Colin Kaepernick has compared the NFL Draft and training camp to slavery in his new Netflix special, with one scene showing players being paraded in front of coaches and scouts before they’re seen in shackles on an auction block.

The Netflix special, Colin in Black & White, goes into the former NFL star’s childhood from high school to the events that led him onto to become an advocate for social justice.

In this article:advocate for social justice, Colin in Black & White, Colin Kaepernick, compared the NFL Draft and training camp to slavery, in shackles, Kaepernick Is Slammed For Comparing NFL To SLAVERY, Netflix, NFL Draft, players being paraded in front of coaches and scouts, seen in shackles on an auction block