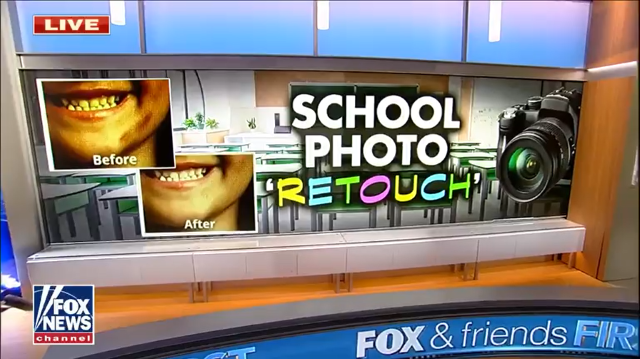 Whitney Rose, a mom of two from Utah, told Fox News that her 3-year-old son’s hearing aids appeared to have been “softened” out of his school photo.

“When we got the pictures, I saw them and I was like, ‘OK, cute picture, but where’s his hearing aids?’” Rose told Fox News.