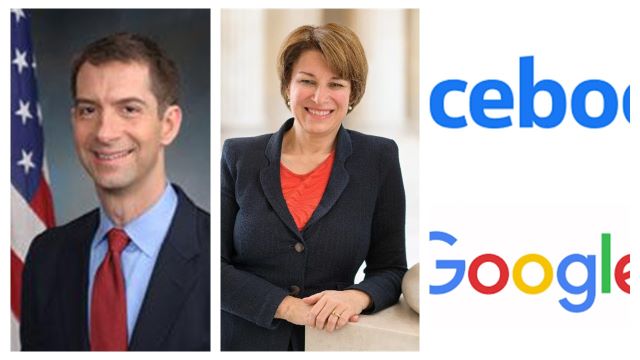 Two U.S. senators have introduced bipartisan legislation that seeks to make it harder for Amazon.com and other tech giants to make acquisitions.

The office of Senator Amy Klobuchar, a Democrat who chairs the Senate Judiciary Committee’s antitrust panel, said on Friday that she and Republican Tom Cotton had introduced a bill targeting such companies as Alphabet’s Google and Facebook.