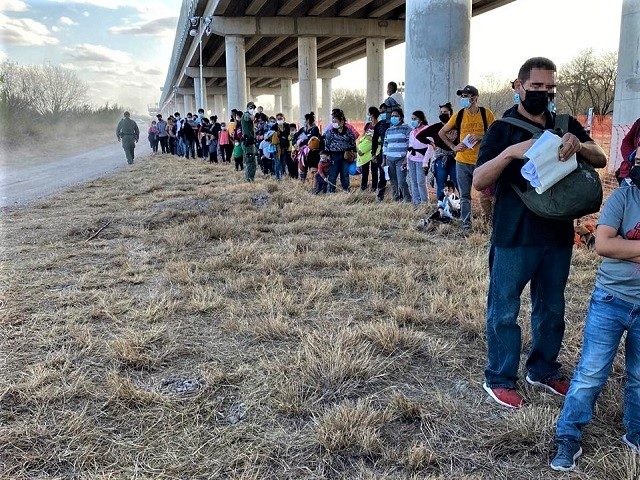 DEL RIO, Texas — The Biden administration reopened the infamous outdoor detention area that once held 15,000 mostly Haitian migrants for processing and transport. According to a source within U.S. Customs and Border Protection, Border Patrol officials detained more than 100 mostly Central American migrants under the Del Rio International Bridge on Saturday as overnight temperatures fell into the low 50s.

The source, not authorized to speak to the media, told Breitbart Texas some 1,500 migrants are also being detained in temporary holding cells at several Border Patrol stations within the Del Rio Sector.