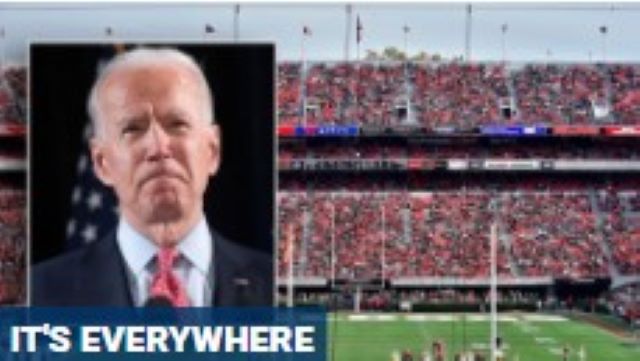 Video of the game shows the “Let’s Go Brandon” banner being pulled by a plane flying over the SEC matchup on Saturday.

The phrase “Let’s Go Brandon” took over social media last month after an NBC interview with NASCAR Xfinity Series driver Brandon Brown. Fans of NASCAR were chanting “F— Joe Biden” during the interview, and in an apparent attempt to steer the interview away from politics, reporter Kelli Stavast said they were chanting…