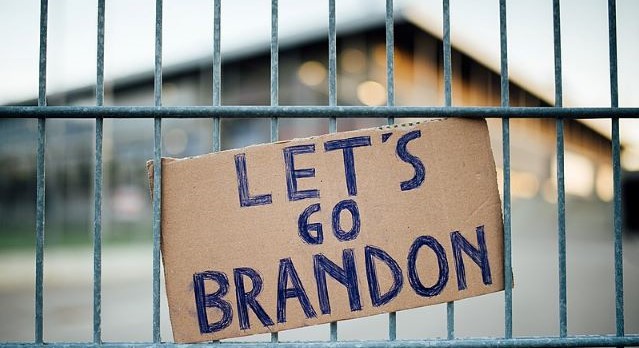 NASCAR President Steve Phelps has threatened to sue those who use the “Let’s Go, Brandon” slogan on merchandise featuring the NASCAR’s trademarks and has condemned the use of the slogan, claiming that NASCAR does not want to be associated with politics.

Phelps … said NASCAR will pursue action against any illegal use of its trademarks on merchandise boasting the slogan.