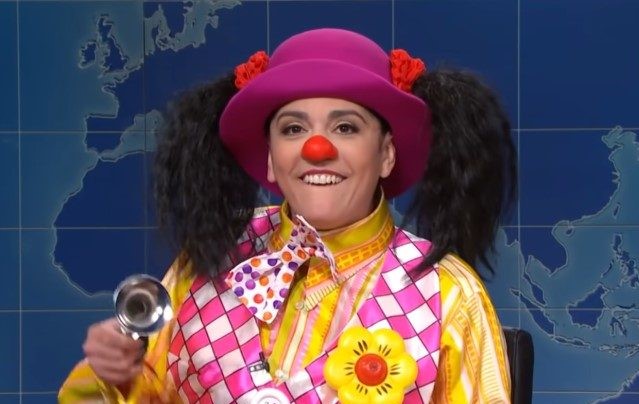 Saturday Night Live (SNL)’s Cecily Strong appeared on the show as a clown named Goober to attack pro-life legislation in Texas, stating, “I know I wouldn’t be a clown on TV here today if it weren’t for the abortion I had.”

“Here’s my truth. I know I wouldn’t be a clown on TV here today if it weren’t for the abortion I had the day before my 23rd birthday,” Strong’s character said during a “Weekend Update” segment, suggesting that women are better off terminating the lives of their own unborn children so that they can go on to play the role of a clown later on in life.