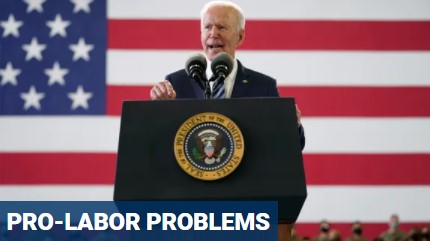 President Biden has vowed to be the most pro-union president in American history, but experts say that is coming at a cost.

They argue that big labor is not only leveraging the worker shortage that has emerged since Biden took office as evidenced by an increase in strikes, but that America’s supply chain crisis has deepened due to the president’s actions – or lack thereof – toward unions.