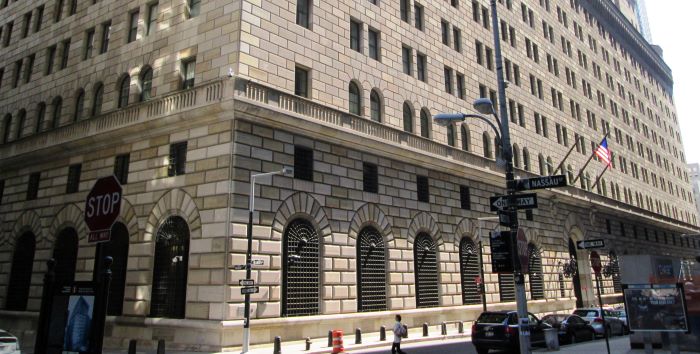 Beyond My Ken, CC BY-SA 4.0 <https://creativecommons.org/licenses/by-sa/4.0>, via Wikimedia Commons

Americans expect inflation to be up 5.4% a year from now

Americans’ inflation fears continued to accelerate in October, climbing for the 12th consecutive month in a row to another record high, according to a key Federal Reserve Bank of New York survey published Monday.

The median expectation is that the inflation rate will be up 5.4% one year from now, the highest level for the gauge since its launch in June 2013, according to the New York Federal Reserve’s Survey of Consumer Expectations. Inflation expectations over the next three years remained unchanged at a median of 4.2%, a series high.