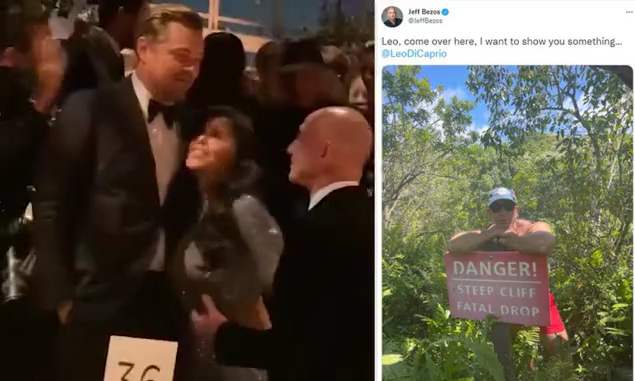 Billionaire Amazon founder Jeff Bezos has gone toe-to-toe with Leonardo DiCaprio, issuing a joking threat to the actor on Twitter after his girlfriend Lauren Sanchez was caught ‘thirsting’ over him while attending a gala event on Saturday night.

Video from the 10th Annual Los Angeles County Museum of Art (LACMA) Art and Film Gala shows Sanchez, 51, visibly swooning over DiCaprio, 46, while seemingly ignoring her partner Bezos, 57, who was standing right beside her as she gazed adoringly at the star.