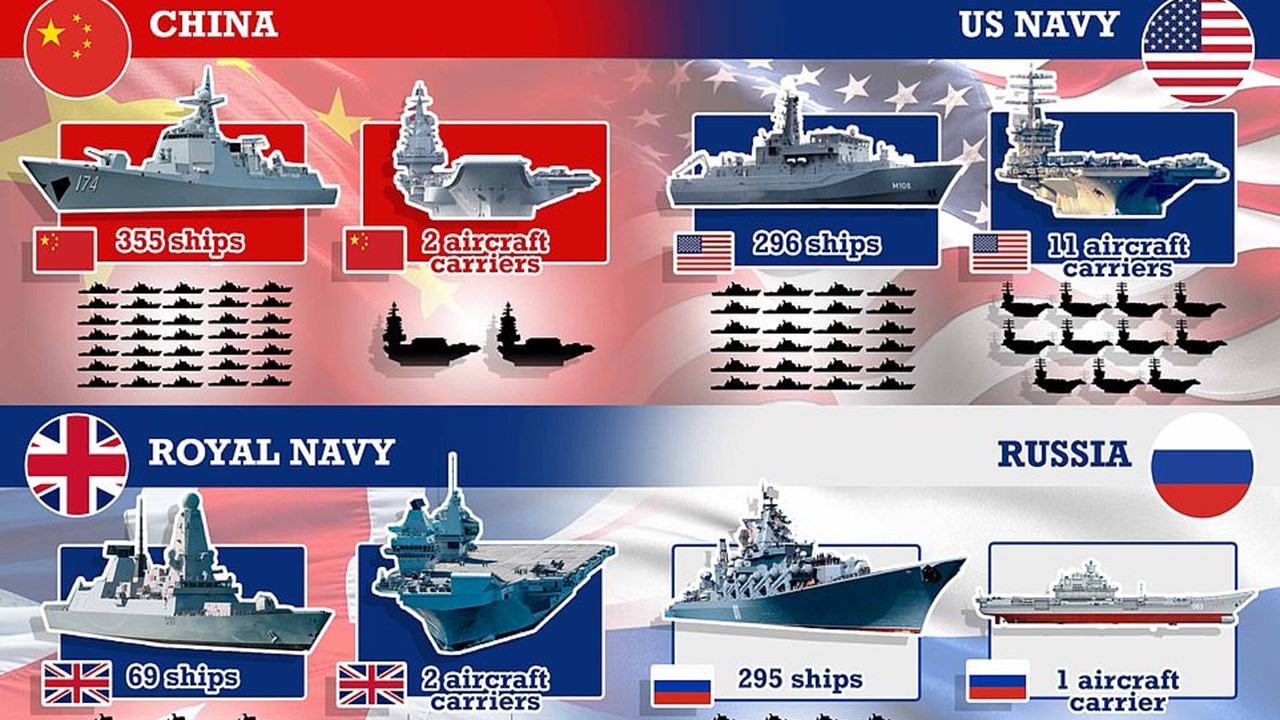 China now has the world’s largest navy and is preparing to launch a new high-tech aircraft carrier by February, the Pentagon has revealed.

Beijing has ‘numerically the largest navy in the world with an overall battle force of approximately 355 ships and submarines,’ the Defense Department said last Wednesday in its annual report on China.

That compares with 296 warships at the US Navy’s disposal, 69 vessels operated by the Royal Navy and 295 boats deployed by the Russian Navy.