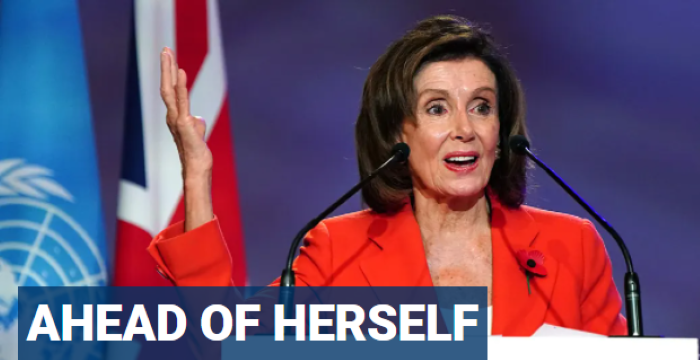 Pelosi said, ‘We’re here to report on what we have done’

Democrats have yet to pass their $1.75 trillion social spending bill, but at the COP26 climate conference on Tuesday House Speaker Nancy Pelosi included some of the bill’s key goals when discussing actions that the Biden administration has already taken.

Pelosi was discussing President Biden’s commitments to addressing climate change and the role women will play, when she took a moment to point to what she said were the administration’s accomplishments thus far.