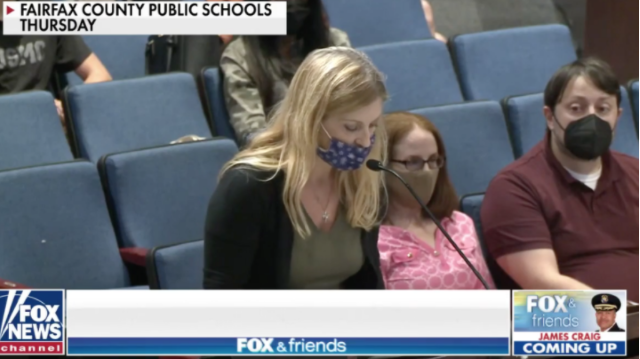 Stacy Langton gave impassioned speech Sept. 23 at school board meeting before a moderator cut her off

A Virginia mother has been blocked from entering her son’s public high school library weeks after she complained about books in the collection being pornographic, according to a new report.

Stacy Langton told the Washington Examiner Monday that Fairfax Principal Maureen Keck told her she was not allowed to enter the library anymore.

One day after checking out a book with her son, Langton said she got a call from Keck telling her that parents were not allowed in the library and that this was school policy.