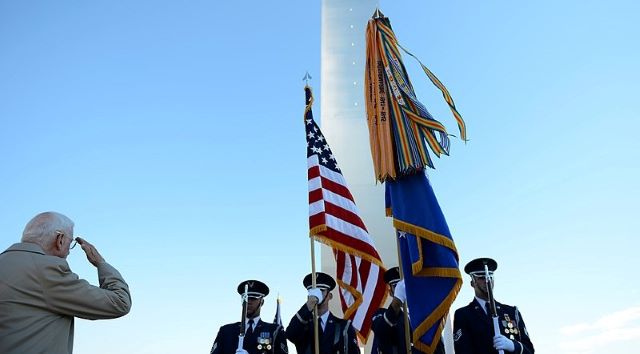 US Air Force from USA, Public domain, via Wikimedia Commons

Roughly 30,000 people had been expected at the parade

Texas Gov. Greg Abbott has invited military veterans in Austin, Texas to gather at the state capitol building after their Veterans Day parade was cancelled due to the city’s coronavirus restrictions.

“The City of Austin’s overreaching COVID requirements have forced the Austin Veterans Parade Foundation to cancel their annual event,” the Republican governor tweeted Tuesday. “I’m inviting them to host a rally on the south steps of the Texas State Capitol. We celebrate our nation’s heroes in Texas.”