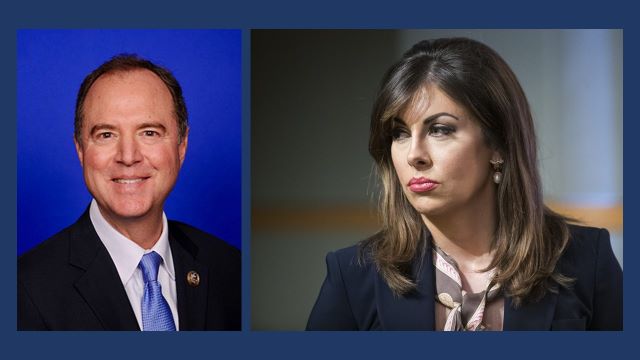 Ortagus, appearing as a guest host, asked Schiff, “I want to ask you about something that’s in the news a lot right now. You have been really prolific over the past few years being the head of the Intel Committee. You defended and promoted and even ran into the congressional record of the Steele dossier…”