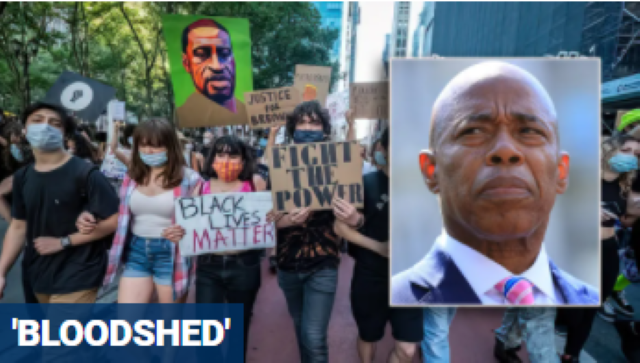 The head of Black Lives Matter of Greater New York met with Eric Adams, the city’s mayor-elect, to discuss policing and warned that there will be “bloodshed” if the city returns to its pre-De Blasio model, according to a report.

Adams, himself a former police captain, on Wednesday met with Hawk Newsome, the BLM leader, and others behind closed doors at Brooklyn’s Borough Hall, the New York Daily News reported.