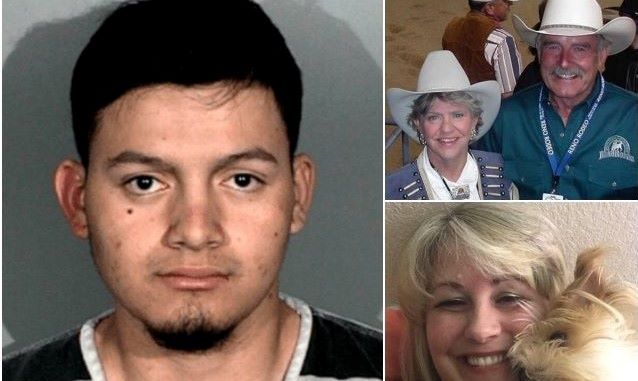 An illegal alien has finalized his guilty pleas for murdering four Americans in Nevada in 2019, avoiding the death penalty.

Wilbur Ernesto Martinez-Guzman, a 20-year-old illegal alien from El Salvador, was charged with murdering 56-year-old Connie Koontz, 74-year-old Sophia Renken, 81-year-old Gerald David, and his 80-year-old wife, Sharon David, between January 10 and 15 after prosecutors said he was looking to steal money from his victims to buy more meth.