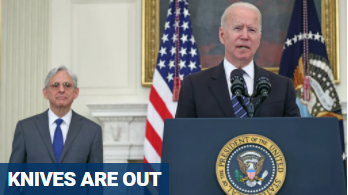 White House says DOJ chose memo ‘approach on their own’

The Biden administration attempted to distance itself on Friday from controversy surrounding the National School Boards Association and its efforts to coordinate with the Department of Justice and the White House prior to sending a letter to President Joe Biden which compared concerned school parents to domestic terrorists.

Asked by Fox News whether anyone at the White House requested DOJ to write the memo from Attorney General Merrick Garland or work with NSBA to craft a letter to the president, a White House official said the situation “has nothing to do with curriculum.”