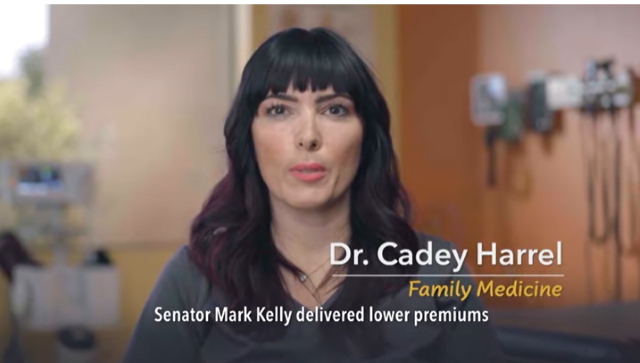 Despite her support for Mark Kelly, Harrel has a history of tweeting inflammatory comments about white men

Advancing Arizona — a liberal nonprofit “committed to expanding opportunity for all Arizonans,” according to its website — recently released an ad campaign supporting Kelly’s reelection effort.

The ad features Dr. Cadey Harrel of Arizona, a medical doctor who founded the nonprofit Agave Community Health and Wellness.