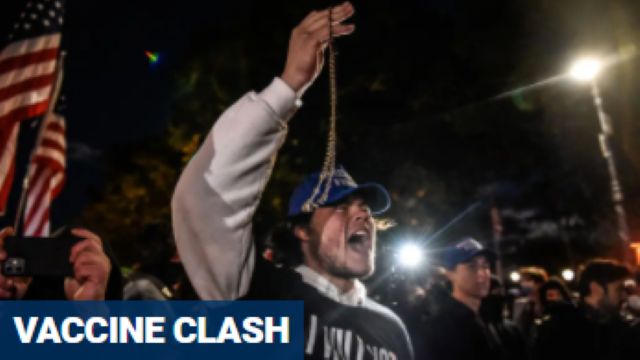 The event came amid a wave of anti-vaccine mandate protests in New York City and around the country.

One independent journalist on Twitter recorded a confrontation between the two sides that included one person called the anti-vaccine mandate protesters “Nazi scum.”