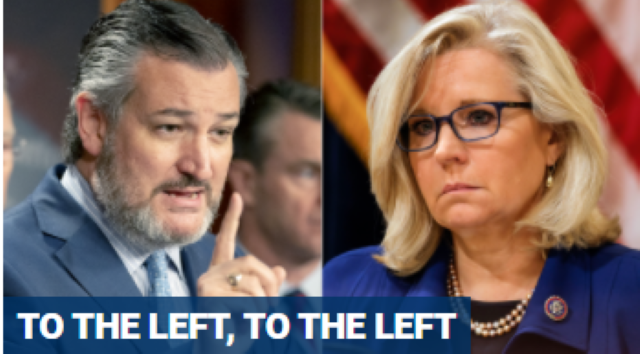 Sen. Ted Cruz slammed the possibility of Rep. Liz Cheney running as a Republican candidate for president in 2024, sparking the latest Twitter feud between the two.

“Is there a lane for Liz Cheney in New Hampshire in 2024?” The Lead CNN tweeted Thursday, accompanied by a video clip of a panel discussing Cheney perhaps running in the next presidential election cycle.