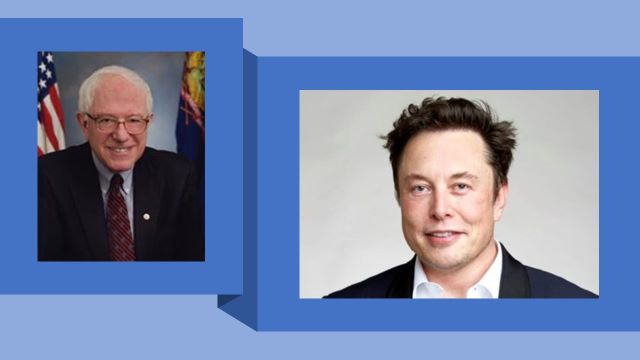 Elon Musk threatened to sell some more of his Tesla shares after Democratic-socialist Sen. Bernie Sanders demanded the uber-rich ‘pay their fair share’ of taxes as a renowned financial expert warned the electric carmaker’s stock is primed for a crash.

Sanders, 80, called on the nation’s ‘extremely wealthy’ to pony up more cash in a tweet Saturday, drawing the attention of Musk, who last week sold more than $5billion of his Tesla stake.