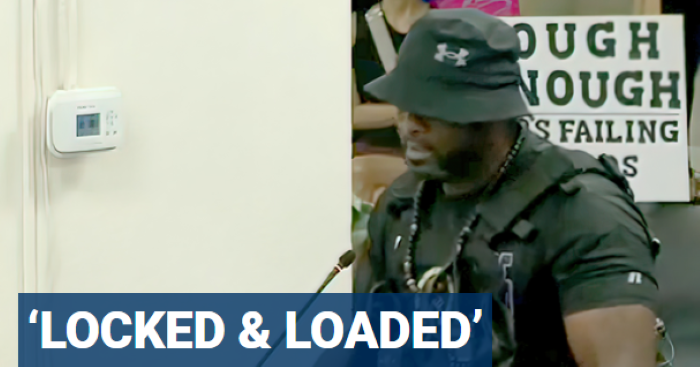 Fort Worth parents told Fox News that they felt threatened when a parent who defended critical race theory turned to the crowd during a school board meeting and said, “I got over 1,000 soldiers ready to go,” before adding, “locked and loaded,” as officers escorted him out of the room.

“Absolutely, it made me feel threatened,” Hollie Plemmons, a stay-at-home mother of three, told Fox News on Sunday. “I’m scared and I’m afraid he’s going to do something.”