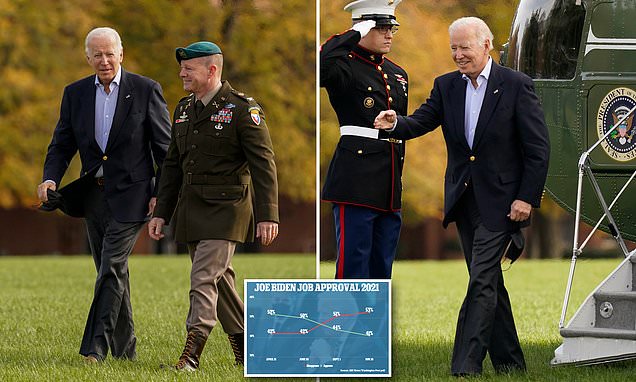 As Inflation Soars: More Than Half Say They’ll Back Republicans In Midterms

Joe Biden’s favorability has reached an all time low of his administration as just over four in 10 Americans say they feel the president is doing a good job in a new poll released Sunday.

The ABC News/Washington Post poll shows Biden at 53 per cent disapproval and 41 per cent approval – down 11 points from the same poll in April.