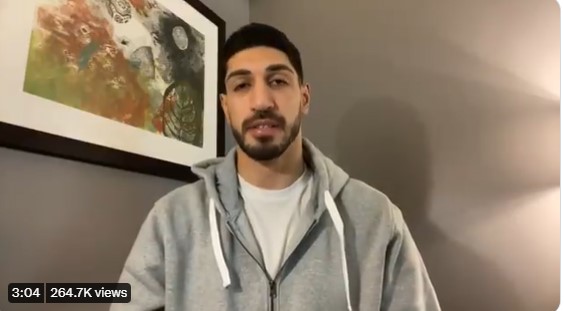 Amanpour first asked Kanter if the NBA was concerned about his outspokenness regarding Communist China — citing the kerfuffle with Houston Rockets general manager Daryl Morey and Hong Kong.