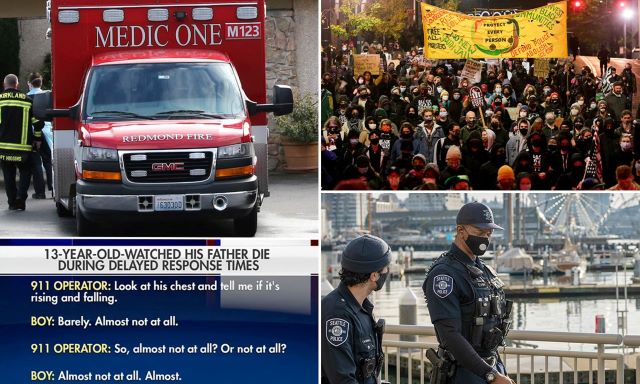 A 13-year-old Seattle boy watched his father who was suffering from cardiac arrest die while waiting more than 20 minutes for help to arrive – in a tragedy that critics say was caused by a shortage of cops and medical personnel staff resulting from the woke mayor’s vaccine mandates and defund the police movement.

The unidentified boy called 911 earlier this month when his 45-year-old father began struggling to breath in the city’s Crown Hill neighborhood.