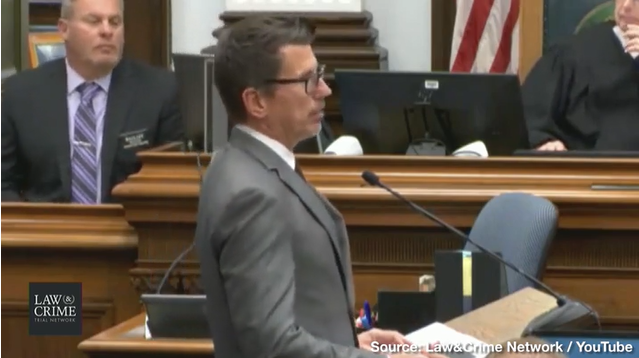 Prosecutor Thomas Binger praised the mob of Black Lives Matter rioters who chased Kyle Rittenhouse through the streets of Kenosha, Wisconsin, last Aug. 25: “That crowd was right. And that crowd was full of heroes,” he said in closing arguments.

Prosecutor Thomas Binger made the unusual argument on Monday in a Kenosha, Wisconsin county court that the mob had the “right” to chase Kyle Rittenhouse after he shot Joseph Rosenbaum, and that he had no right to defend himself against them.