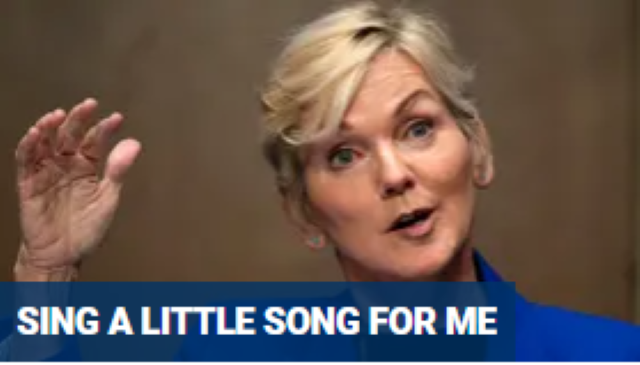 Energy Secretary Jennifer Granholm made a cameo in a music video

President Biden’s secretary of energy appeared in a 2018 video where she sang about the end of gasoline and fossil fuels.

Energy Secretary Jennifer Granholm made a cameo in a music video produced by environmentalist group Coltura for their anti-fossil fuels song “Gasoline, Gasoline (The World’s Aflame).”