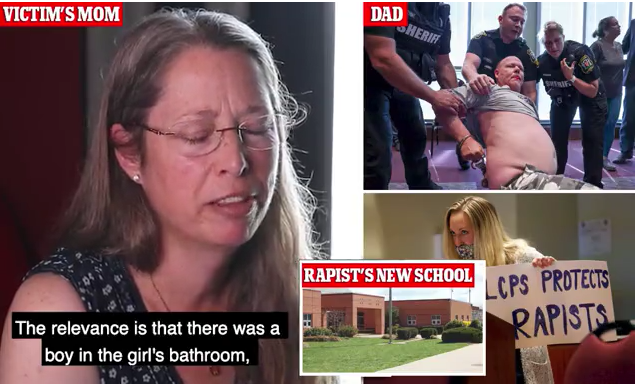 ‘There Was A Boy In The Girl’s Bathroom Who Attacked My Daughter – The Skirt Isn’t Relevant.’

The mother of the teenage girl who was raped by a boy in a skirt in a Virginia school bathroom says she and her husband were pressured to remain silent about the incident, and had no idea their daughter’s attacker had been allowed back in school until last month.

‘We were silenced for many months,’ Jessica Smith told DailyMail.com, in her first interview since her daughter was sexually assaulted by a 15-year-old classmate at Stone Bridge High School in Loudoun County in May.