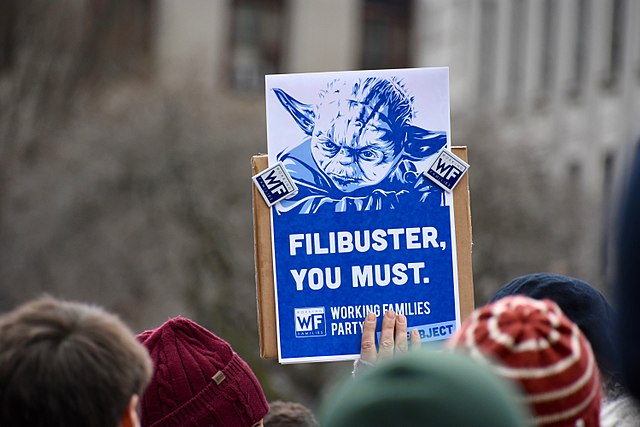 Democrats used the Senate filibuster, which they are busy trying to eliminate, to block a bill by Sen. Ted Cruz (R-TX) on Thursday that would have sanctioned companies associated with Russia’s Nord Stream 2 pipeline. The bill had 55 votes.

The filibuster requires 60 votes to end debate and move to a final vote, which meant that despite the 55-44 margin, and the votes of five Democrats in favor, the bill could not advance — a win for President Joe Biden’s approach to talks with Russia.