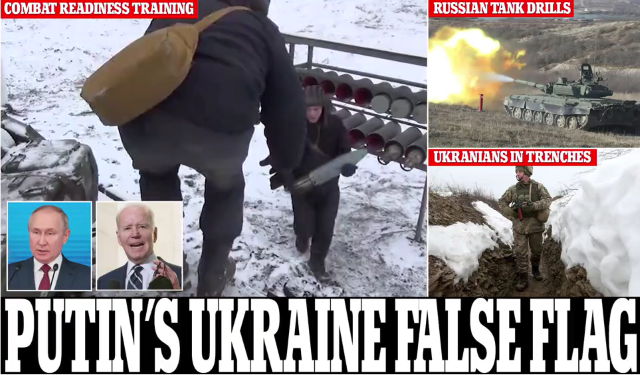 The US has intelligence that Russia is planning a ‘false-flag’ operation on its own forces in eastern Ukraine to create a pretext for invasion.

Officials on Friday also said they believed Russia was mounting a social media disinformation campaign to portray Ukraine as the aggressor.

The update, making the prospect of military conflict more immediate, came as Ukrainian government websites were taken offline in a ‘massive’ cyberattack, talks between Washington and Moscow collapsed and Russia held a combat readiness inspection of their troops.

In this article:False Flag Attack, Moscow, portray Ukraine as the aggressor, Pretext To Invade Ukraine, Putin, Putin Will Stage A False Flag Attack On His OWN Troops, Russia, Talks Between The US And Russia Collapsed, Ukraine