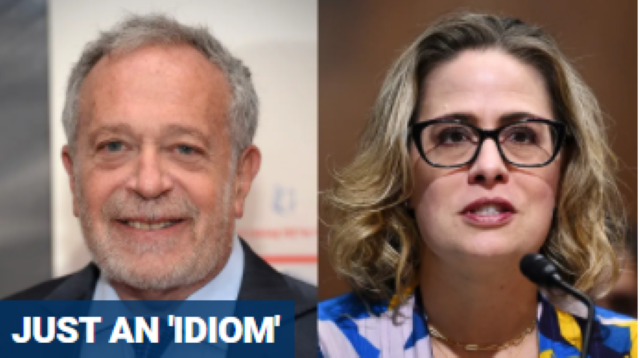 Former Democratic Labor Secretary Robert Reich was ridiculed on Thursday after he tried to blame conservative media for distorting an earlier tweet where he suggested Senate Democrats should have given Sen. Kyrsten Sinema, D-Ariz., the “backs of their hands” over her filibuster stance.

“Tonight, Republican senators lined up to shake Kyrsten Sinema’s hand,” Reich wrote in a since-deleted tweet. “Democratic senators should have given her the backs of their hands.”