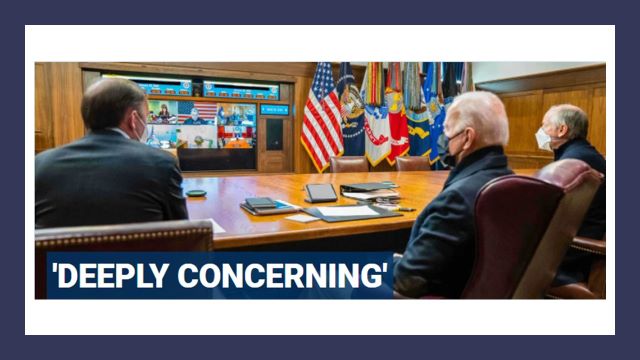 President Biden met with his national security team Saturday amid reports that Russia was planning to install a pro-Kremlin leader in Ukraine.

Late Saturday, the White House posted a photo on social media, showing Biden and advisers at Camp David, Maryland, where they gathered to discuss “continued Russian aggressive actions toward Ukraine.”