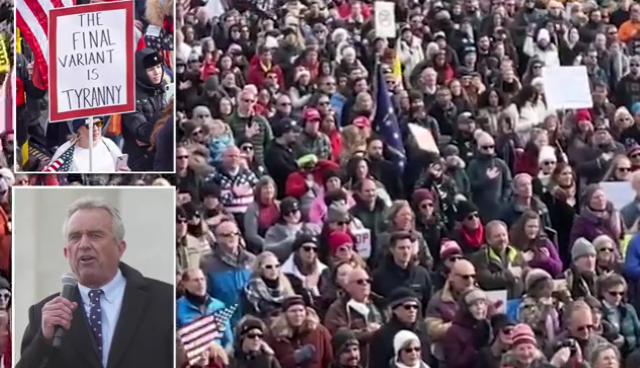 Thousands gathered in Washington D.C. – a city that mandates vaccines – for a ‘Defeat the Mandates’ protest, with protesters blaring ballads by Meat Loaf, a musician who is feared to have succumbed to COVID-19 complications at 74 after vocal hesitation about the jab.

Robert F. Kennedy and Informed Consent Action Network founder Del Bigtree were among big names who addressed the rally Sunday morning. Around 20,000 people were expected to attend the demonstration.