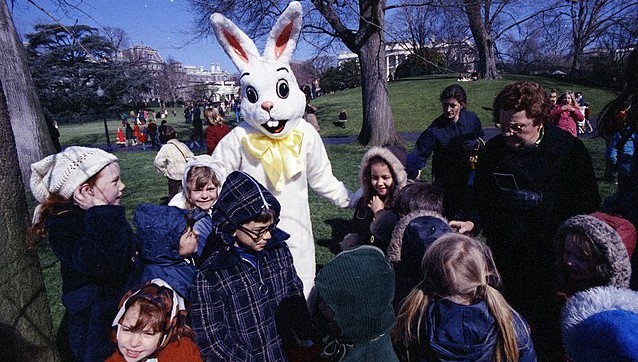 In recent weeks, Biden administration staffers have walked back so many foreign policy remarks made by the president that many Americans have wondered just who exactly is in charge at the White House. Based on a new video released Monday, it would appear that President Joe Biden is being directed by none other than the Easter Bunny.

On Monday, the president was captured on video at the 2022 White House Easter Egg Roll being interrupted by the Easter Bunny — just as he was about to delve into topics such as Afghanistan and Pakistan.