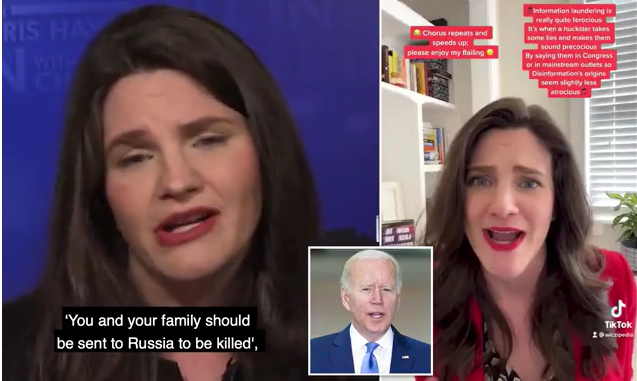 By ELIZABETH ELKIND and ROB CRILLY

The now former head of President Joe Biden’s disinformation governance board revealed on Wednesday night that she had been getting death threats over the ‘last three weeks’ that included calls to send her family to Russia to be killed.

Dubbed Biden’s ‘disinformation Mary Poppins’ by critics, Nina Jankowicz described in graphic detail the kind of messages her family had been subjected to just hours after the Washington Post reported the panel she was meant to head had been ‘paused’ less than a month after being announced.

In this article:Disinformation Governance Board, Disinformation Mary Poppins, less than a month after being announced, Nina Jankowicz, Partisan Actor, President Joe Biden, Resignation After Just Three Weeks, Sent To Russia And Killed, She Received Death Threats