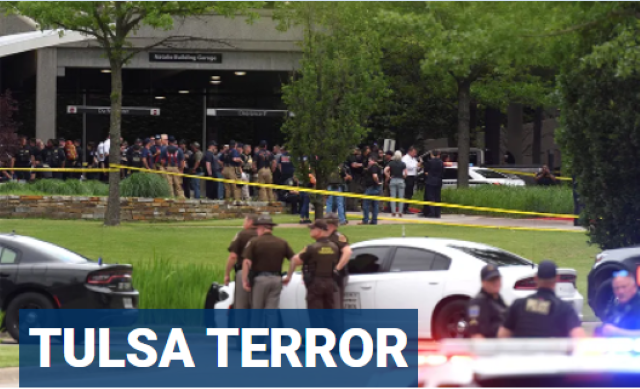 Tulsa, Oklahoma police said four people are dead as well as a suspected gunman following an active shooter situation in which he killed himself.

The Tulsa Police Department said officers responded to the Natalie Medical Building around 5:50 p.m. to reports of an active shooter, authorities said. The suspect, who remains unidentified, was armed with a rifle and handgun.