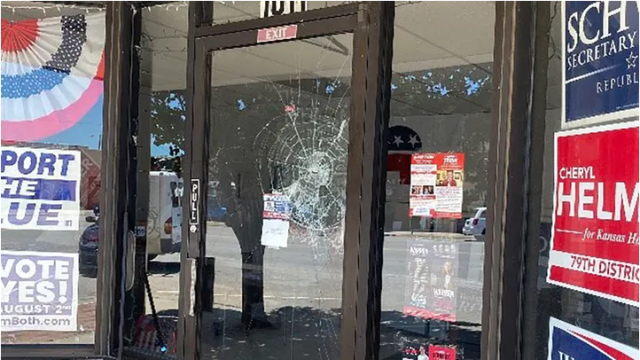 FIRST ON FOX: A Kansas county GOP headquarters office was vandalized earlier this week by a man who lit campaign materials on fire outside the building and later broke the glass door with a rock.

Two separate incidents took place outside the Cowley County GOP office in Winfield, Kansas, and one of those incidents was filmed and shared to Facebook by Scott Redford, the individual allegedly responsible for carrying out the acts of vandalism.